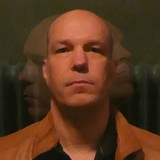 Major of Roses is the artist name of singer and songwriter Magnus Rosell, based in Stockholm, Sweden. His sound is a unique combination of pop melodies and rock grit, echoing the work of artists as diverse as Elvis Costello, David Bowie, St. Vincent, and Tom Waits, to mention but a few. Mystic Sons: "Swedish frontman blends the dark styles of Tom Waits and David Bowie on his debut single [Who Could Ask for More?]." Dancing About Architecture: "It [Pry] is a song confident enough in its own skin to take its time, which revels in restraint and underplay, often as interested in what is happening between the notes as the sounds themselves."