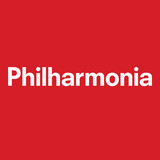 The Philharmonia Orchestra is a world-class symphony orchestra for the 21st century. Led by its Principal Conductor &amp; Artistic Advisor Esa-Pekka Salonen, the Philharmonia has a pioneering approach to the role of the modern-day symphony orchestra, reaching new audiences and participants through audience development, digital technology and learning and participation programmes. Based in London, but with residencies in cities throughout England and a thriving international touring programme and global digital reach, the Philharmonia engages with a world-wide audience. As one of the world’s most recorded orchestras, the Philharmonia’s international recognition and reputation in part derives from its extraordinary recording legacy, which in the last 10 years has been burnished by digital and technological innovation. The Orchestra now records and releases music across multiple channels and media. An app for iPad, The Orchestra, has sold tens of thousands of copies. Film composers including Marvel soundtrack composer Brian Tyler choose to record their Hollywood scores with the Orchestra. The Philharmonia is Classic FM’s ‘Orchestra on Tour’ and broadcasts extensively on BBC Radio 3; with Signum Records the Philharmonia releases live recordings of signature concerts.