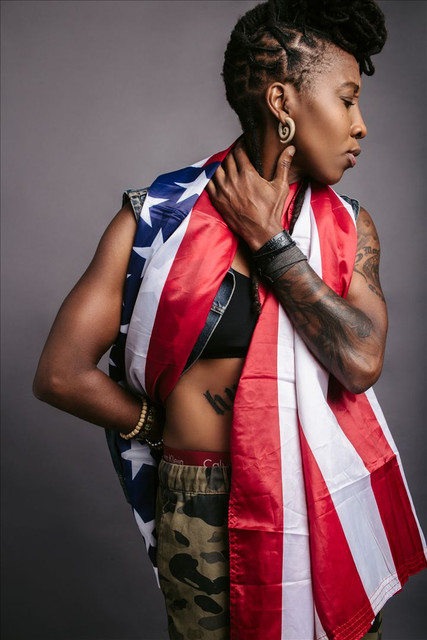 Kim Wilburn, aka Kim Joyce, is a soul-baring singer, songwriter, and producer who defies simple categorization. Her independently released material has swung from acoustic ballads to straightforward contemporary R&B slow jams while revealing late-'90s inspirations such as Lauryn Hill and the productions of Timbaland and Missy Elliott. Joyce first sang as a child at her father's Detroit church, but basketball was her calling throughout early adulthood. While attending The Ohio State University, she played all four years and was once named the Big Ten Conference defensive player of the year. As she was on her way to breaking the Buckeye team record for steals and earning an economics degree, she also performed as member of a band called La Quest. Joyce established a solo career after La Quest's 2006 split. Among her early releases were the Kimberly Joyce EP, a 2010 album titled Eleven, and some mixtapes. After another EP, 2015's Unstoppable, Joyce stepped toward her second proper album with singles such as "We the People" and "Oh Why." ~ Andy Kellman