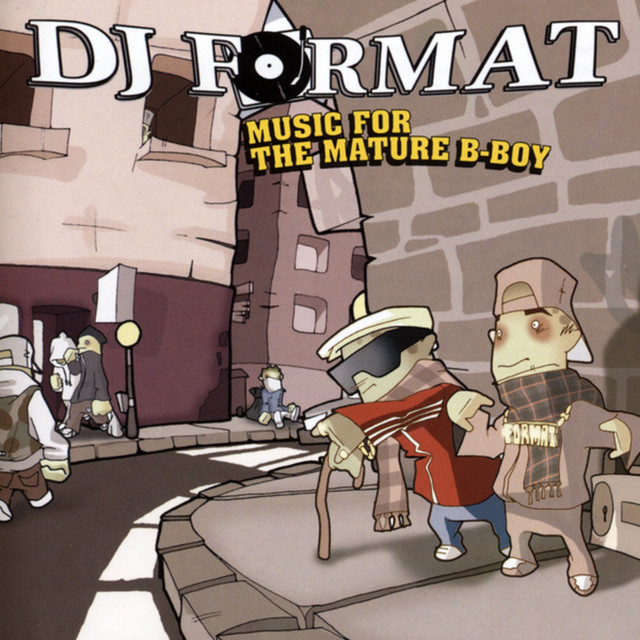 Influenced predominantly by golden-age hip-hop of the late '80s and early '90s, DJ Format is a British DJ/producer affiliated with Genuine Records who dabbles in other old-school breakbeat-driven styles as well, as showcased on his variety of mix albums. Born Matt Ford in Southampton, England, DJ Format made his solo recording debut in 1999 with the English Lesson 12" EP on Bomb Hip-Hop Records. He subsequently remixed a couple Mo Wax singles (Major Force's "The Re-Return of the Original Art-Form," 2000; Nigo's "March of the General," 2001) and signed a recording contract with Genuine Records, a soul-themed subsidiary of Play It Again Sam. The label issued his Ill Culinary Behaviour 12" (2002) as its inaugural release, followed by the full-length album Music for the Mature B-Boy (2003) and several additional 12" singles spawned from the album, most notably "We Know Something You Don't Know" featuring Jurassic 5 rappers Akil and Chali 2na. In the wake of his well-received debut album, DJ Format released the mix album A Right Earful, Vol. 1 (2004) on Antidote Records and recorded a follow-up studio album for Genuine Records, If You Can't Join 'Em...Beat 'Em (2005). Like its predecessor, the album prominently features Canadian underground rapper Abdominal, who appears on the lead single ("3 Feet Deep") and its two follow-ups ("Separated at Birth," "Rap Machine"). Also like before, DJ Format released a mix album, Fabriclive.27 (2006) in the wake of If You Can't Join 'Em...Beat 'Em's critical acclaim. While the Fabric mix showcased his broad range of musical interests, DJ Format's next mix album, Fania DJ Series (2007), dug even deeper, highlighting his interest in Latin soul and boogaloo of the 1960s and '70s. Several more mix albums followed over the next few years before Format finally dropped his long-awaited third studio effort, Statement of Intent, in 2012. As if to make up for the long gap, he had another album ready to drop the very next year. While his previous efforts had featured various vocalists, The Foremost was his first true duo album, with rapper Phill Most Chill appearing on every track and the pair sharing equal billing on the cover. Arriving in 2017, Still Hungry repeated the trick, but this time with his longstanding collaborator Abdominal. ~ Jason Birchmeier, Rovi