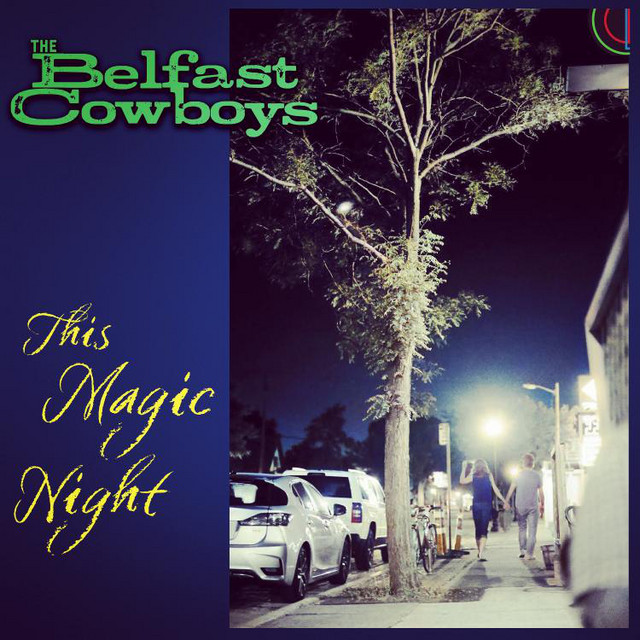 On March 17th, 2020, a day after the Minnesota music venues were locked down, The Belfast Cowboys took to the studio to perform for their home-bound fans on an internet live stream. A good time was had by all, and over $7000 was raised for the band's non-profit, Foothold Twin Cities. What's more, the studio recording of that night - the band's 18th birthday - yielded many tracks that will be released one by one before an eventual CD comes out. The first song, "Caravan 2020" was released on Spotify in June, 2020. The Belfast Cowboys are a nine-piece band that specializes in the music of Van Morrison. Powered by a four-piece horn section, the Cowboys have risen to the top of the renowned Minnesota music scene, and have consistently packed houses and wowed crowds since 2002. The band rarely leaves home, traveling for shows in Chicago, New York, and Ireland only when it tickles the players' collective fancy. And why should they? Between the smaller version of the band (known as St Dominic's Trio) and the full-throttle Cowboys, before the virus closed venues down the lads averaged over 120 shows a year in and around Minneapolis, playing for three or four hours a night.