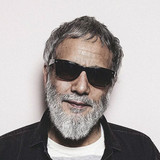 Yusuf / Cat Stevens developed from a polished teen idol of the 1960s into a long-haired peace loving troubadour and one of the most iconic singer-songwriters of the 1970s. His compassionate and imaginative songs revealed his deep longing for a better world and in doing so resonated in the hearts of millions of fans worldwide. In addition to his vast musical achievements, his lifelong spiritual quest saw him withdraw from fame and the music industry at the end of the 1970s. He converted to Islam and dedicated himself to a life of service through education and charity, receiving international recognition for his tireless efforts in the field of Humanitarian Relief. In 2003 Yusuf returned to mainstream music making where he continues to use his platform to build bridges in an increasingly divided world and to spread his life-long message of peace.

Yusuf / Cat Stevens belongs to a generation of artists such as Bob Dylan, Neil Young, James Taylor and Joni Mitchell who defined the singer-songwriter genre by opening their hearts and baring their souls to the whole world. With the likes of ‘Father & Son,’ ‘The First Cut is the Deepest,’ ‘Wild World,’ ‘Moonshadow,’ and his timeless anthem of hope ‘Peace Train,’ Yusuf / Cat Stevens is responsible for some of the most beloved and enduring songs in the whole of the popular music cannon. His seminal albums “Tea for the Tillerman” and “Teaser and the Firecat” are essential listening for all aspiring songwriters and music lovers.