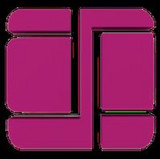 DJ-PRODUCER Deeplastik starts musically as a guitarist from the hand of Marcos Castilla, renowned jazz musician, that opens to him the doors to the endless world of modern musical harmony. With the aid of JMekka, founder of the empire iBreaks.co.uk, manages to fuse the sound of his guitar with electronic music on multiple live performances, and record labels referentes, until the year 2002, when he arrives to Ibiza, where he continues his musical evolution collated with his medical profession. After finishing his time as health manager in 2010, he decides to return to the path of electronic music, this time uniting it with the creation, in February 2012 in Ibiza (Spain), of Armony, NPO dedicated to the design and execution of international cooperation projects aimed to help individuals and small communities in the underdeveloped world to improve their quality of life and that of his immediate environment in a sustainable manner. With that came AMHRecords (Armony Music Help Records), a tool to raise funds for those in need. The record label donates 80% of its profits to Armony. Right now Deeplastik is focused on one thing; music and helping others. Combining the two aspects of who he is was always the goal and he's since made it happen. Now he plans on continuing making electronic music, as well as then converting said music and its benefits to help others around the globe.