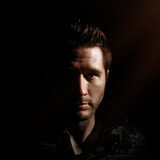 With humble small town beginnings in Owatonna, MN, Owl City (aka Adam Young) remains an avant-garde hitmaker in his own right. With total album sales over 3 million and single sales surpassing 20 million globally, his smash “Fireflies” from 2009’s Ocean Eyes received a five-times RIAA platinum certification in addition to going No. 1 in 26 countries. His popular hit “Good Time feat. Carly Rae Jepsen” went Top 4 in the U.S. and racked up sales of close to 3 million. Following the release of 2015’s Mobile Orchestra, which saw him team up with Aloe Blacc, Hanson and Jake Owen, to name a few, Adam Young took a year to work on his eponymously named side project and begin to lay the groundwork for Cinematic – Owl City’s 2018 offering and first independent album. Rolling out in a trio of EPs – dubbed “Reels” –the 18-track album Cinematic album is slated for release on June 1, 2018.

This fall, Owl City will be hitting the road with his Cinematic Tour featuring tracks off his new album and old favorites.