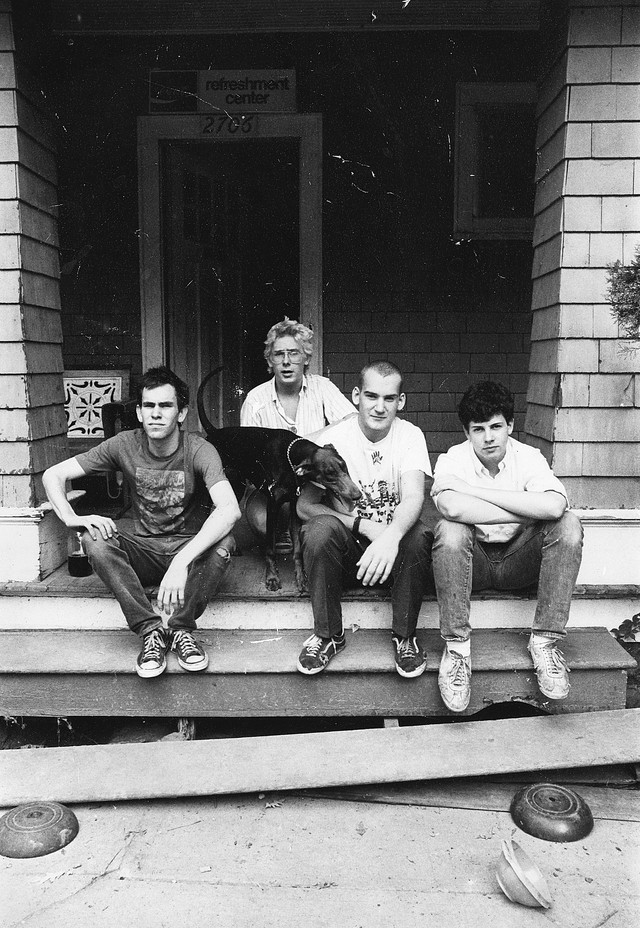 Minor Threat was the definitive Washington, D.C., hardcore punk band, setting the style for the straight-edge punk movement of the early '80s. Led by vocalist Ian MacKaye, the band was staunchly independent and fiercely sober. Through their songs, the group rejected drugs and alcohol, espoused anti-establishment politics, and led a call for self-awareness. Every song was fast, sharp, and lethal, often clocking in at just around a minute. Their speed and fury often hid their fairly catchy melodies, but the band's main function was to vent rage. Over the course of three years, Minor Threat released two EPs, one album, and several singles, all of which were quite popular in the American punk underground. Their records and concerts helped spawn straight-edge, an American punk lifestyle based on the group's intense, clean-living ideology. Following the disbandment of Minor Threat, MacKaye formed Fugazi, who became one of the more popular American indie rock bands of the late '80s and '90s. The origins of Minor Threat lie in the Teen Idles, Ian MacKaye's first band. MacKaye formed the Teen Idles while he was attending Wilson High School in Washington, D.C., and after he graduated in 1980, he founded the Dischord record label with the intent of putting out his group's records through the label. Shortly after graduation, the Teen Idles had broken up and MacKaye had formed Minor Threat with former Idles drummer Jeff Nelson, former Government Issue bassist Brian Baker, and guitarist Lyle Preslar. By the end of the year, Minor Threat had released the singles "Minor Threat" and "Straight Edge," and had played many concerts along the East Coast. Throughout 1981, they followed this same pattern, playing a lot of concerts and releasing 7" singles. That year, they also released two EPs, Minor Threat and In My Eyes, both of which compiled their singles. In 1982, bassist Baker had left and was replaced by Steve Hansen; Baker later played with the Meatmen, Junkyard, and Dag Nasty. With Hansen on board, the group recorded their only full-length album, Out of Step. Upon its 1983 release, the album became popular within the underground and Minor Threat were becoming alternative stars, which didn't sit well with MacKaye. By the end of the year, he broke up the band. MacKaye and Nelson continued to run Dischord, which thrived well into the '90s. The pair also played together in another band, Egg Hunt. Following the disbandment of Egg Hunt, Nelson played with a variety of bands -- including Three and Senator Flux -- before devoting his energies to running Dischord. MacKaye played with Embrace, Skewbald, and Pailhead before forming Fugazi, who carried on the aesthetic, if not the sound, of Minor Threat. ~ Stephen Thomas Erlewine, Rovi