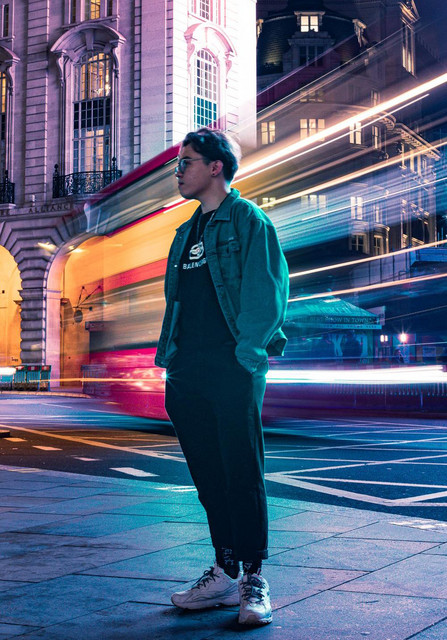 Michael Andre also known as "Mihka!" is a producer from Reading, England. He went to a music technology college for 2 years and began his music production career when he was 16. He made his alias "Mihka!" at the age of 20. Heavily influenced by Japanese Anime Culture, RnB, Future Bass and Trap. Mihka released his first single "Sad Girls" as a free download. It quickly became a hit even though there wasn't any label support but blogs and youtube channels supported the track. His follow up single "WiFi Tears" in collaboration with the artist "Slippy" was released on Monstercat and it blew up. It was a hybrid between Dubstep and Future Bass which sounded very fresh leaving his fans wanting more. It was played in festivals such as EDC, Shambhala, Paradiso and Excision's Paradox Tour. After the release of WiFi Tears, he collaborated with another good friend of his "Kyoto Black". They made the track "Kodokushi". A future bass song with a twist of RnB. It was released as a free download in a compilation called "CSGOD". Kodokushi quickly became one of Mihka's biggest tracks. It was being played all over the world especially in Japan and South Korea and being used in all kinds of videos by professional dancers and bloggers.