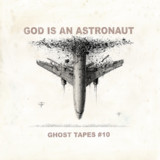 God Is An Astronaut

Featuring God Is An Astronaut

Reigning as one of the most well-known experimental instrumental groups out there with a respected musical legacy spanning nearly 20 years, Irish four-piece GOD IS AN ASTRONAUT will reach a career benchmark upon the release of their 10th studio album, “Ghost Tapes #10” on February 12th 2021. “Ghost Tapes #10” rekindles the band’s classic line up with Jamie Dean once again on piano and guitar duties, and rather than pick up where the quartet left off in 2018, explores a radically different approach, with the focus fixed on movement and intensity. While the album is certainly the most ferocious GOD IS AN ASTRONAUT full-length to date, it still retains all of the rich musical and emotive elements the band is known for by manoeuvring around luminescence whilst offering harsh, deep reflections as well. Works of art like “Burial”, “In Flux” or “Barren Trees”, with additional guitars by Jimmy Scanlan, amongst others, are proof of these sonic illustrations. The album closer, atmospheric “Luminous Waves”, transports the listener into a trance-like mindset – captivating them with a meditative, deep connection to their inner self and as they drift away to stirring tunes of guest cello virtuoso Jo Quail. • Ghost Tapes #10 (2021) • Epitaph (2018) • Helios | Erebus (2015) • Origins (2013) • Age of the Fifth Sun (2010) • God is an Astronaut s/t (2008) • Far from Refuge (2007) • A Moment of Stillness (2006) • All is Violent, All is Bright (2005) • The End of the Beginning (2002)