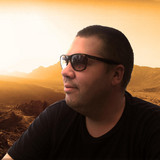 Patrick Finger, better known as DJ Noise - was one of the most renowned and skilled DJs in the 90s to 00s in Switzerland. Honored with many awards from communities over juries to a platinum record for his StreetParade compilation.He became a legend of the swiss electronic music scene. He's one of the rare DJs that doesn't play sound, he's living the music, presenting the perfect mix of skill and musics election.He toured to many countries like Germany, France, Italy, Norway & Canada, mixed an impressive ammount of compilations for events and his own brand and played at almost every major event in Switzerland. His label VoiceNoise Records is getting more popular every day and his remix & mastering skills have been requested by many swiss acts DJ Noise grew up with Abba, moved to Heavy Metal and got caught by the Acid wave in 1988 where Hip Hop has been dominant these days, he started his career in youth club "Villa Bernau" in Wabern with some Hip-House, New Beat & US-Acid vinyls, Youth clubs have been the start for many later famous DJs in Switzerland, being a fertile base for new DJs like DJ Energy, DJ Gangsta and DJ Noise. In 1994 Bookings at nearly all major events in Switzerland followed: Energy, Victory,Dreamscape,Evolution,Futurscope,Goliath,Motion,NatureOne, he even had the massive oppurtinity to play at the Love Nation event around Love Parade Berlin. more info visit djnoise.com