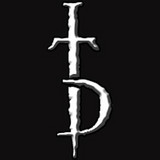 For over a decade, Thanatotic Desire remains a force to be reckoned with. Forged in 2007, these modern day thrashers tested their steel on the “Summer Slaughter Festival” (2011), “Mayhem Festival” (2012), with regional touring throughout the northeast and West Coast US sharing bills with legendary artists such as Slayer, Anthrax, Whiplash, Slipknot, Black Dahlia Murder, Cannibal Corpse, GWAR, Battlecross and Havok, amongst many many more. Crushing borders, the band invaded Canada, Mexico (2013), and Japan on the True Trash Festival (2016). The bands live show serves heavy doses of adrenaline making them as fun to watch as they are to party with. 2019 saw the addition of Generation Kill / Fragile Mortals guitarist Jason Trenczer in the fold. With the new lineup TD sets forth with new music to be unveiled summer of 2021.