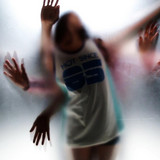 Ranked #11 in the world in the category of “Funk/R’n’B” DJ’s and #71 in Open Format, the official Guinness World Record™ winning Australian DJ/Video DJ Anthony Cruze (as The PopBrokers) kicked some serious goals in his 3-decade international career.

Over the past 6 years, 2014 FIFA World Cup in Sao Paolo, 2016 played at the Ceremonies of the Olympic Games in Rio, DJ/VJ to Sheila E’s international tour, launch events for major movies in Las Vegas such as “A Simple Favor”, “The Spy Who Dumped Me”, and “Robin Hood”. Launch Video DJ for Sony Releases by Michael Jackson “This Is It”, "Vision" and others.