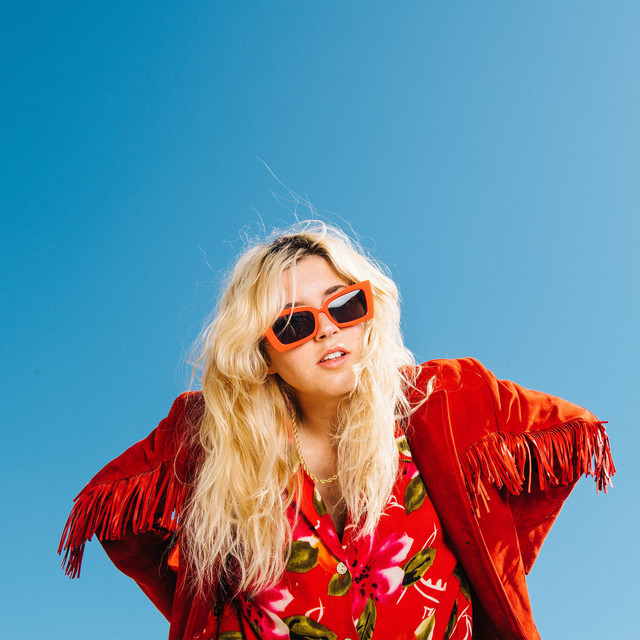 Superstar is an underdog story, and one not far off from Caroline Rose’s real life. After a years-long struggle to release what would ultimately become 2018’s LONER, deemed “a singular artistic statement from it’s unforgettable album art all the way down” (Pitchfork), Rose found herself in the midst of a new widespread audience, one both delightfully intrigued and perplexed about how and where to place her. That, combined with a developed set of studio skills and a challenge to “make something from nothing,” marked the beginning of Superstar. Gone are the polished Hollywood hunks and starlets of olde. Here is a shamelessly odd hero, or rather anti-hero, on a quest to become a someone. Inspired by cult classics such as The Bitter Tears of Petra Von Kant, Mulholland Drive and the mockumentary Drop Dead Gorgeous, Superstar plays out like a film with a beginning, middle, and an open ending. In album opener “Nothing’s Impossible,” the protagonist receives a mistaken phone call from the glamorous Chateau Marmont hotel. Taking the call as a sign toward a star-studded future, they (gender neutral pronoun) leave behind everything in pursuit of a newly established destiny. What ensues is a cinematic paradox that in one moment finds them strutting down a neon strip in full Saturday Night Fever hip-swing donned in their finest threads, and the next sipping a dirty martini at the rundown apartment complex pool, dwelling on life’s unfortunate turns.