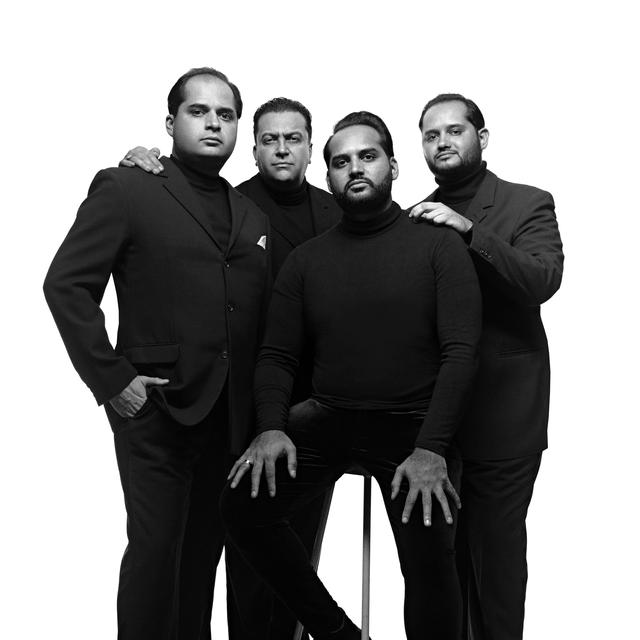 Vienna's Janoska Ensemble occupies a uniquely Eastern European space in between classical and popular traditions, a space it calls "Janoska Style," and it lives up to this rather ambitious name. The Janoska Ensemble was formed in 2013 by three brothers from Bratislava, Slovakia: Ondrej (violin), Roman (violin), and Frantisek (piano) Janoska, and their Hungarian double-bassist brother-in-law, Julius Darvas. The rhythm-heavy nature of the instrumental grouping gives an indication of what the music is like: it's rooted in the Viennese café music of the fin-de-siècle, mixing melodies from the classical repertory with gypsy and other Eastern European vernacular influences. The sound is built to be able to cut through a crowd of chatting people, and it's still well-suited for that purpose today if you wish. But its music updates this tradition in the directions of virtuosity and wider geographic and temporal range. The players are not café musicians, but Bratislava-conservatory graduates, and they enliven programs not only with Fritz Kreisler's Liebesleid, but with a considerably more difficult Kreisler tribute, and with "Paganinoska," their own version of Paganini's treacherous Caprice No. 24. Still more interesting is how the Janoska Ensemble broadens the tradition in which they work. Jazz, Cuban rumba (in an adaptation of the first movement of the Piano Concerto No. 20 in D minor, K. 466, of Mozart, no less), and folk traditions including the tarantella also make appearances, as does Argentine tango master Astor Piazzolla, who probably has never been heard in a context like this one.

The Janoska Ensemble has appeared at Vienna's Musikverein, Carnegie Hall in New York, the Sydney Opera House and major venues, and it has toured in programs of tango-related music with Argentine bass-baritone Erwin Schrott. It released its debut album, Janoska Style, in 2016 on the Deutsche Grammophon label.