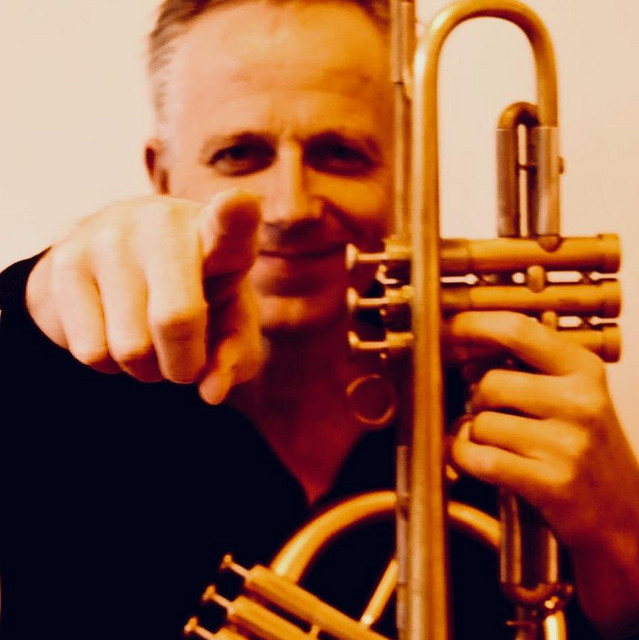 Since 1995, Dutch jazz trumpeter and composer Gerard Kleijn has led a very wide variety of his own groups and has made 12 CD’s as a (co)bandleader, all very well received by the international press and audiences. He played at festivals and venues throughout Europe, Indonesia, Lebanon, Syria, Mexico, Russia and the United States. He co-leads his latest band Wild Man Conspiracy with the Argentine guitarist Guillermo Celano and Dutch drummer Joost Kesselaar (Knots 2014 and Short Stories 2016). The CD’s where released

on the New York label Red Piano Records. In 2016 and 2018 tenorsaxophoneplayer Chris Cheek (New York)joined Wild Man Conspiracy for concerts in Europe. A live cd of this project has been released in 2018. In addition Gerard can regularly be seen as side man in a wide variety of ensembles and big bands. European jazz has had its on voice for years and Gerard Kleijn’s Group is a fine example! He is one of the Netherlands finest trumpet performers and composers.