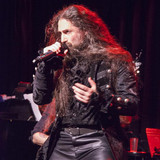 Altayon is a progressive musical theatre band. Meant to bring story and music together for an emotional performance of stage and sound, the band is a compilation of stories based on concept albums and plot lines. Beginning in 2007 after TENEbRAE ended, “Finally Free” was recorded with seven originals and one cover of the musical Jekyll & Hide's “Confrontation”. The album was a mixture of three TENEbRAE songs rewritten and four Altayon originals. The “Altayon In The Raw” album is an ever growing compilation of heavy songs recorded live with acoustic guitar and vocals. This project is mostly a studio band always working to record new music. This project works to bring together aspects of Musical Theatre, Acting, Heavy Metal, a touch of Progressive rock, and an acoustic essence mixed with media!