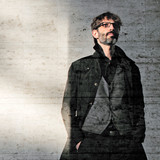 Stefano Lentini is a music composer based in Rome, Italy. His first instrument was a classic guitar made by his grandfather, who was a carpenter, out of some old wardrobe doors. He is a multi-instrumentalist known for his unconventional scoring in which he combines classical music with progressive and electronic influences. He collaborated with director Wong Kar-Wai on the feature film's soundtrack "The Grandmaster" nominated for two Academy Awards. He has produced music extensively for film, television and documentary. Stefano’s 2013 album ‘Stabat Mater’ was universally well-received, featuring on the iTunes Top 10 Original Score Albums charts in Italy, France, Belgium, Canada, Singapore, Taiwan and Hong Kong.