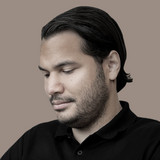 Marc Benjamin’s big break came in December of 2013 when his original single, “Riser” achieved a top ten slot in Beatport’s top 100 chart. After that Marc found himself collaborating Laidback Luke on “We’re Forever” and “Tell Me That You Love Me”. As a result of hard work and dedication to his craft, Marc was asked to play at Ministry of Sound London followed by the world famous Tomorrowland and Ultra Music Festival. Alongside and after a 5 year weekly residency in Amsterdam’s largest nightclub Escape, Marc Benjamin collaborated with dance music icon Benny Benassi for “Who I Am” which was released on Ultra Music. later Marc released his single “Blow” on Spinnin’ Records which has over 25 million  streams on Spotify. Marc was summoned not once, but six times for his remix work for the Grammy Award-winning producer, Zedd. Marc’s rendition of big hits like "The Middle" & “Happy Now” made Zedd decide to invite Marc to play on his ‘Orbit’ & ’True Colors’ album tour in Europe. In 2019 Marc released his single “All The Time” on Spinnin’ Records and signed to the Spinnin’ family. In 2020 Marc collaborated with Fedde Le Grand on their single “To The Top”. Later this year Marc Benjamin became a new entry at #27 in the Top 101 producer ranking of 1001 tracklists and also released his single “Losing Focus” on Axwell's label Axtone Records. In 2021 Marc collaborated with Afrojack on their single “Start Over Again”.