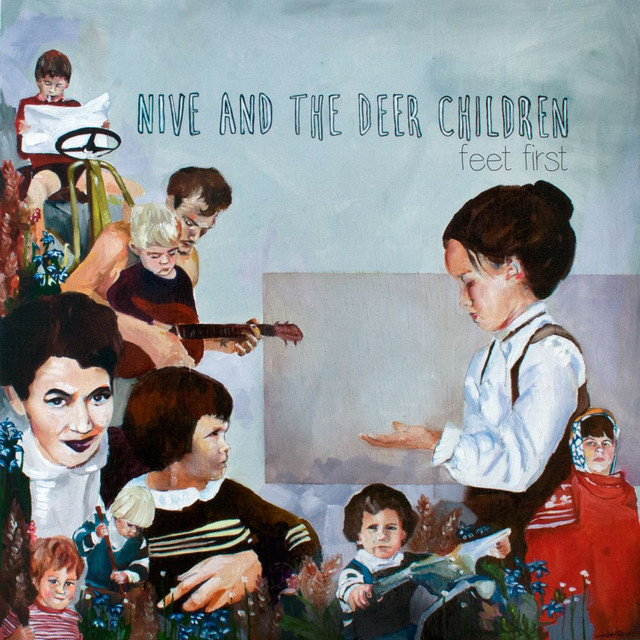 Fronted by native Greenlander Nive Nielsen, the group debuted in 2009 with it's self-released album Nive Sings!, which would go on to achieve gold status in the band's home country – where one in 10 people there own it. After the release of their sophomore album Feet First in 2016, they went on major tours throughout Europe, North America, Japan, and South Korea. The US release – the band's first in the territory – precedes Nive's featured role in AMC's upcoming new series The Terror. The band's origins trace back to Nive's time in Ottawa, where she bumped into future bandmate Jan de Vroede, who encouraged Nive to assuage her boredom by playing the ukulele and writing some songs. Despite never having written or sung before, Nive took it as a challenge and came back to Jan after a few weeks to play the song “Room,” which later became one of the first songs produced by Nive and The Deer Children. Since its debut, Nive and The Deer Children have toured extensively around the world, performing for dignitaries in the Selvstyre – Greenland’s self-government – and the Queen of Denmark while also being the first Greenlandic band to participate at SXSW, Iceland Airwaves, Eurosonic, and Green Man. Nive and The Deer Children's music has also been included in several films, most notably Nuummioq, which was featured at Sundance International Film Festival. Nive and The Deer Children will soon return to the studio to begin work on the follow-up album to Feet First.