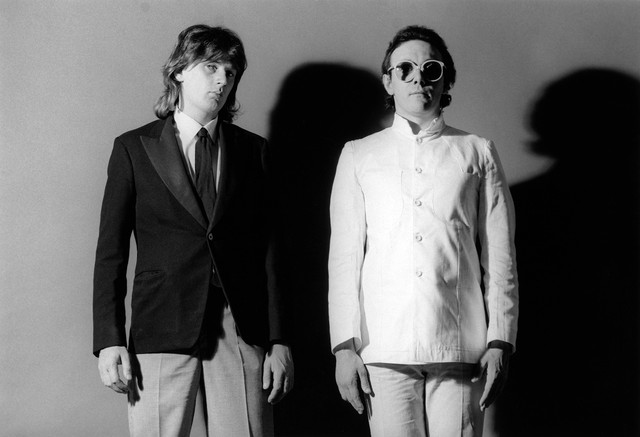 As the answer to the trivia question "What was the first act ever played on MTV?" Buggles assured their place in pop music history. Vocalist and bassist Trevor Horn and keyboardist Geoff Downes formed the electro-pop duo in England in 1979 after meeting two years prior as session musicians. Their first single, "Video Killed the Radio Star," hit number one in the U.K. in late 1979. When MTV went on the air on August 1, 1981, the prophetically titled song's video was the first-ever broadcast on the fledgling cable network. Although Buggles enjoyed three more British hits -- "The Plastic Age," "Clean Clean," and "Elstree" -- both Horn and Downes were more interested in production than performing. In 1980, they helmed Yes' Drama, joining the group as replacements for Rick Wakeman and Jon Anderson. After Yes' subsequent, momentary breakup, Downes signed on with Asia, while Horn co-founded the ZTT label, as well as the group Art of Noise, and produced hits for the likes of ABC, Frankie Goes to Hollywood, and Seal, among others. Horn and Downes, who had never toured as Buggles, occasionally performed under that name during the late '90s, 2000s, and 2010s. ~ Jason Ankeny, Rovi