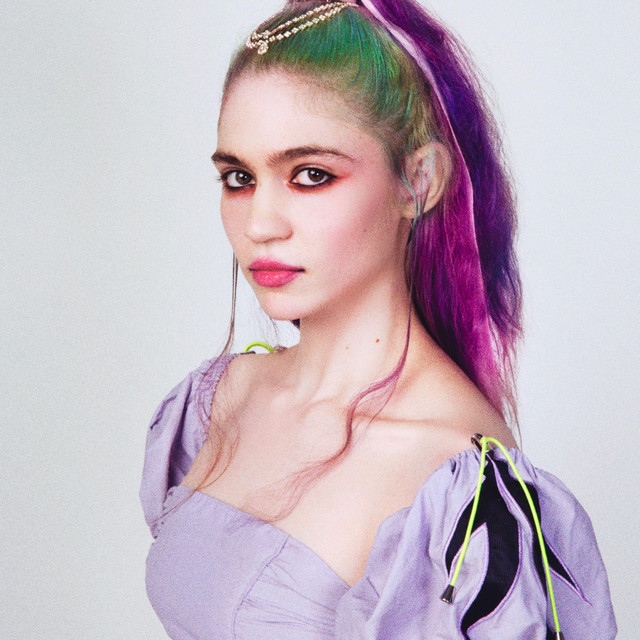 Grimes started producing music when she had to learn the program Logic for her neuroscience class. Shortly thereafter she had a viral myspace page, which allowed her to start booking shows and focus full-time on music. She lived in a crack den In Montreal with no heat (where she got frostbite twice and her neighbor was bludgeoned to death in the hallway), playing raves until her 2012 breakout, Visions, which was recorded during a 2 week speed binge wherein she did not leave her bedroom. Upon the success of this album, Grimes attempted to enter society as a regular human, which has clearly not gone super well but has nonetheless been entertaining. She’s since become an award winning music video director as well as music composer, producer, engineer and singer-songwriter. She’s toured globally to sold out crowds, headlined festivals, and is now moving into the space of corporate surrealism. She recently had experimental eye surgery only available to the upper class. She put out her final earth album in 2020.