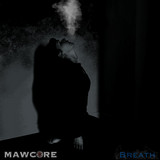 From the Hebrew word, meaning “Wellspring”, Mawcore taps into the central line of the hopeless, with a continual supply of hope and life, through faith-based lyrics and a mended-heart filled message. It is a Modern Hard Alt. Rock band pulling in core elements of grinding guitars, pulsing bass, pounding drums, layered electronica sounds and soring vocals. It draws upon musical influences from the 70’s, 80’s, 90’s and carries into the present day, stretching and barreling onward towards eternity.

Mawcore was formed from the ashes of the former internationally distributed band, Blushing Well, who shared their music with thousands all around the world. They shared the stage with Skillet, Red, Disciple, Seventh Day Slumber, Jeremy Camp, Pillar and countless others. Their music was distributed internationally through Nightmare Records and played by radio stations in The Philippines, Yugoslavia, Norway, Germany, Mexico, Brazil, Italy and the United States.