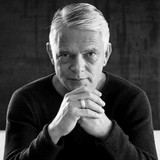 Martin Stock is one of Germany's most sought-after composers, with works in an astounding range of styles: He collaborates just as successfully with Oscar winner Caroline Link as with multiple Echo winner Bushido – teaming up with the latter for two golden records.   Martin Stock thrives on new musical encounters that cross the normal boundaries. Major corporations have appreciated his versatility for many years now, and made use of his nuanced and intuitive feel for just the right tone for their campaigns. Martin has created musical identities for companies the likes of BMW, Microsoft, Siemens and many more. Alongside his composing obligations, Martin Stock also finds time for his own projects: Compositions for the WDR Radio Symphony Orchestra and orchestral works published by SONY Classical among them. Martin Stock studied music in Frankfurt on Maine and then took on a teaching position at the Academy of Music and the Performing Arts. This was followed by an internship with Ennio Morricone in Rome and a workshop in orchestration with Steven Scott Smalley in Los Angeles, also a masterclass with James Newton Howard in Vienna and a masterclass with Hans Zimmer. Between 1991 and 1996 he was musical director for the ballet company of the Staatstheaters am Gärtnerplatz in Munich. Martin Stock has been a freelance composer and producer since 1996.