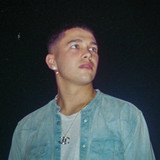 Pop singer Austin Mahone got his start after videos he posted online went viral and started racking up thousands of hits. Born in San Antonio, Texas, Mahone started singing at a young age and in 2010 began posting YouTube clips of himself singing cover songs by artists like Justin Bieber, Jason Mraz, and others. By 2011, Mahone's videos had garnered him a significant online following, so much so that he dropped out of high school, choosing instead to be home-schooled and focus on his burgeoning pop career. In 2012, Mahone signed to Chase/Universal Republic Records and released several singles, including "11:11" and "Say You're Just a Friend," featuring rapper Flo Rida. An eponymous EP featuring those singles showed up in the summer of 2013 and, nearly a year later, a second EP called The Secret appeared. While preparing his official debut full-length, he released a mixtape titled This Is Not the Album (Cash Money/Republic), which featured Sage the Gemini, Becky G, Chris Brown, and T-Pain. The For Me+You EP arrived in 2016. It included guests like Juicy J, Pitbull, and 2 Chainz. The following year saw Mahone issue his debut album, Dirty Work, exclusively in Japan. In February 2019 he released the standalone single "Why Don't We." ~ Matt Collar & Neil Z. Yeung