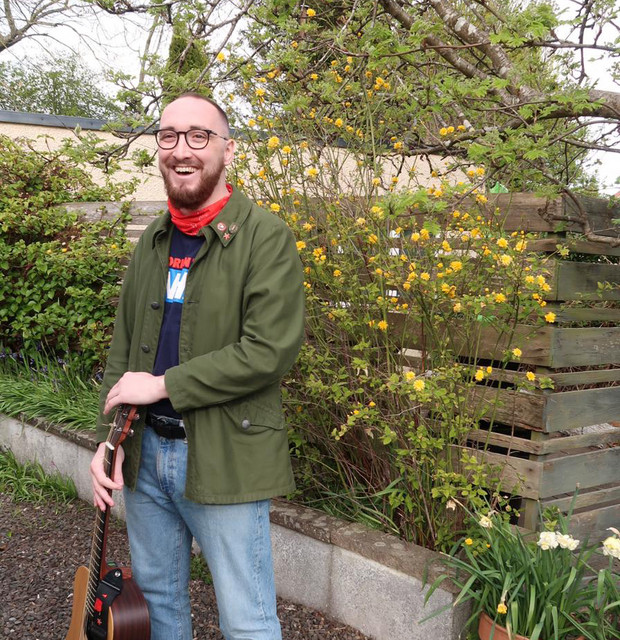 Calum Baird is a 26-year-old, Falkirk based singer-songwriter and activist, playing songs that tie together progressive and romantic themes in a folk music style influenced by Dick Gaughan, Billy Bragg, and Phil Ochs.   Calum performs regularly throughout the UK and Europe at festivals and events, as well as supporting causes and organisations with his music at home and abroad.   Over the seven years Calum has worked in the industry, he has performed alongside Scottish musicians such as Dick Gaughan, Ewan McLennan, The Jellyman’s Daughter and Kyle Falconer, as well as David Rovics (US), Andy Irvine (Ireland), Ryan Harvey (US), Attila the Stockbroker (UK), Grace Petrie (UK), Mariela Condo (Ecuador) and many more international musicians.   In this same time, Calum has appeared and performed on national television and radio and has been featured in national and international press, and online media and blogs, including being featured in The Scotland on Sunday as their Artist of the Week.