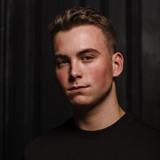 Tim Beeren is an 20 years old producer based in the Netherlands. With a musical hobby from a young age, he got a lot of experience in producing and playing music. Much of Tim's recognition comes from his music on big channels such as: Trap Nation and NCS. Starting of releasing music as 'Tim Beeren' in 2019, his music was streamed over 5 million times worldwide. His songs are used in more then 5000 videos by influencers on social media platforms as Youtube. With regularly playing clubs in the Netherlands, Tim's shows has led to excited crowds and music based on the ambience of the club.