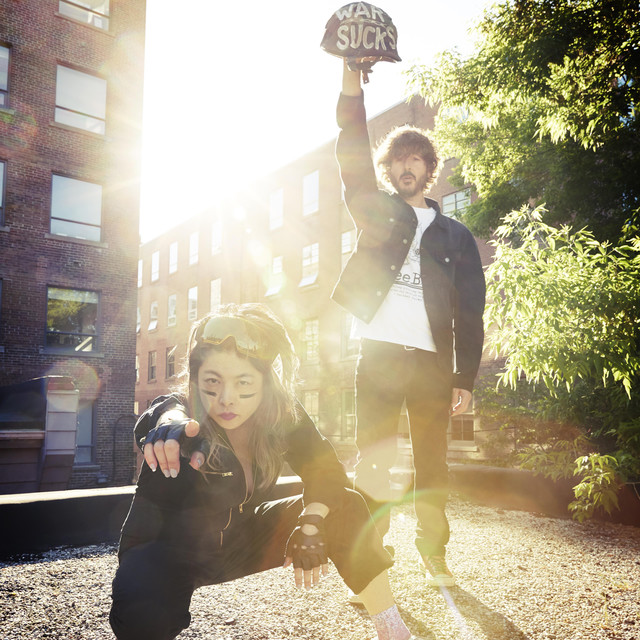 The erosion of the immigrant dream. The genius of Stanley Kubrick. The entrenched evil of the global banking establishment. Suspicious mountains and high-desert military bases. Sinister Ukrainian crime bosses and the irradiated ruins of Chernobyl. The Dublin Occult Grid. Nazi human experiments. Robert Bigelow. A baby sparrow named Bruce Lee. A professional pachinko player from Tokyo named Al who communicates only in catchphrases culled from Al Pacino films. Scott Walker, Suicide and P.J. Harvey. Unfamiliar mania. Don’t ask me exactly how extended consideration of all these disparate concepts and characters and influences played into Dearly Beloved’s rippin’ new LP, Times Square Discount, but I have it on good authority from the band’s long-established creative braintrust of vocalist/bass god Rob Higgins and vocalist/percussionist/Theremin abuser Niva Chow that each of these subjects – and numerous others far less and far more arcane – were indeed up for consideration during its creation. And while I suspect generous application of weed, weed and more weed might have aided in their overall, eventual intellectual synthesis into a form usable within the context of a badass 21st-century rock ‘n’ roll album such as this one, I’m really only here to provide talking points. You should, thus, ask Dearly Beloved about any and all of the above points yourself. They will, I’m sure, be more than happy to talk about them... (For full bio go to: www.dearlybelovedmusic.com)