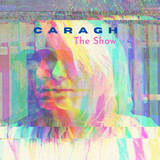 Caragh is a Glasgow based singer songwriter who writes in a variety of genres from indie pop to romantic love songs and most recently, yoga/meditation music. The first track 'Om Namah Shivaayah' will feature on the Coorie In playlist exclusive to Align Wellness yoga. In collaboration with Novasound Studios Caragh released her debut EP 'The Show' in October 2020. Inspired by the songs of her favourite writers; John Lennon, Joni Mitchell, David Gray and Nina Persson, CARAGH writes songs that musically pay homage to her idols, and lyrically explore the complex topic of relationships from a female point of view. Fusing ambient soundscapes with poetic lyrics and memorable melodies, the end result is enchanting, engaging and enigmatic. In 2019 Caragh’s track ‘Twenty Years’ was shortlisted for the Stewart Cruickshank’s Songwriting Bursary, making the final ten and was featured on BBC Scotland Iain Anderson Show. The song explores the theme of long-lasting love that endures the growing pains of young love and the prospect of marriage after twenty years together. The simple acoustic guitar and vocal is reminiscent of Joni Mitchell circa ‘Blue’ era and allows the artist to speak directly to the audience to invite them to see a glimpse of what CARAGH has to offer. Her vocals have been featured on electro track ‘Haptic’ by Modifier and nominated for Best Electronic Track award at the 2017 Production Music Awards UK.