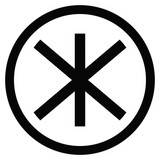 The evocatively named house production duo Klangkarussell -- which translates to English as "Sound Carousel" -- was formed in Salzburg, Austria by Tobias Rieser and Adrian Held. While Rieser originally used the name for his solo project, Held worked under the name i herald until the pair teamed up. The jazz-tinged instrumental "Sonnentanz" was issued in 2012 and eventually reached the Top Ten in six different countries, even hitting the number one spot in the Netherlands. When a vocal version -- retitled "Sonnentanz (Sun Don't Shine)" and featuring British soul singer Will Heard -- was released the following summer, the track charted in both the U.K. and Ireland. The song was one of the first hits of what soon came to be known as tropical house, a laid-back, summery variation on deep house often utilizing live instruments. In 2014, the duo released their second single, "Netzwerk (Falls Like Rain)," which featured vocalist Tom Cane. The song also became a hit, and set the stage for the duo's debut full-length, Netzwerk, which appeared soon after. In 2015, the duo released a third version of their debut single, this time titled "Sun Don't Shine" and featuring vocalist Jaymes Young. Singles "Hey Maria" and "In the Crowd Alone" appeared in 2016, followed by "Time," "Circuits," and "Good to Go" in 2017. ~ James Wilkinson, Rovi