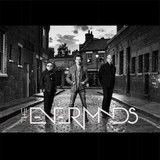 The Everminds is an indie Rock Band based in Paris. “For us music is like a slow-cooked recipe, done with time and passion and with organic ingredients”.  Sebastien, Architect by profession and drummer, Laurent, electronic engineer and keyboardist and Eric a business mind with a voice and a few guitars, 3 brotherly souls that have been in pursuit of a turtle dream: re-creating an iconic state of the art vintage analogue studio to allow them to craft the album they’ve always dreamed of.  The band had the privilege to work with Michael Brauer (7 Grammys) who mixed their first five songs at the MHB studio in NYC. Songs masterings were done by Joe Laporta at Sterling sound.   Joined by friends: Antoine Reininger, the amazing bass player; as well as the one-of-a-kind backing vocalist, Susie Web. Both added their indelible print to the compositions.   The band is currently working on an album that should be released at the end of 2021.