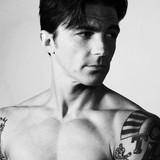 A Southern California native, Drake Bell has been in the industry since he was very young. He was featured in tv shows and movies such as Home Improvement, Jerry Maguire and Seinfeld. He continued his love of acting and became a series regular on The Amanda Show starring Amanda Bynes which was followed by his popular tv show Drake and Josh. Drake also voiced Peter Parker on the series The Ultimate Spiderman. More recently, Drake starred in the MTV show the Challenge and has been touring to promote his new music.   Drake has always had a love for music from co-writing the Drake and Josh theme song, to creating his own music. He has released various full length albums and EP’s over the years and in 2017 released the Honest EP which he toured both nationally and internationally to promote.   In 2018, Drake released two music videos, which have received notice in the press and have over one million views combined. Drake dropped two new singles summer 2018, and is making waves in the music industry with his new sound and working with artists such as Josh Dun, Lil Mama, Mike Taylor and Tank God. He will continue to tour both nationally and internationally. <br>