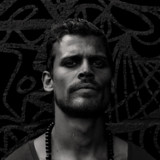 BAZEJA was raised in a family where all members played an instrument. So, he started to play the drums at the age of 8. After 5 years of playing the drums BAZEJA’s interest in the digital era was ignited when his uncle gave him his first mix-panel. From that point on the first DJ sets and DAW’s were acquired to channel his creativity. During his teenage years he used to organize events with a friend in the Netherlands, named ‘Go Nuts’. Next to his own ‘Go Nuts’ events, he was invited to play on other events as well. At some point, he realized that performing and creating music was at the core of his soul, so he quit organizing the events and focused on the performance and production of music. Quickly after finishing Business Administration degree, he decided to pack his bags and move to Berlin in order to focus on his passion for the music. After two months, the DCMB Family in Berlin took him in to play for their events and showcases! Stay tuned, for this biography will be extended…https://www.bazeja.com