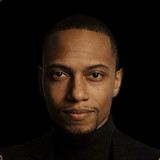 From his childhood home in Jamaica Queens, to his current residence in Harlem, the glow of New York City is brightly reflected in the music of Hans Inglish. His upbeat and soulful blend of pop and hip-hop promotes an uplifting message of self-reflection and accepting who you are. With lyrical styles that have been compared to to Kendrick Lamar and Kanye West, laid atop upbeat melodies like those of Bazzi or Kid Cudi, his unique sound stands alone in a crowded industry. Hans Inglish started his music career in 2006 under the moniker "Flawless," but the teenage rapper eventually expanded his musical platform. In 2013, he redefined himself and his artistry under his real name "Hans." Drawing more from his pop influences, Hans Inglish revealed a more genuine and positive side of himself. Since then, his music has been featured on highly acclaimed series such as House of Lies, Degrassi, and Shameless. Hans is currently working a new EP which will be released in 2020. The first single, titled "Nobody But Me," is out now and can be found here: https://open.spotify.com/track/4XkWvjivd1Lq0KnMcrmWxM?si=9PScqGlES8y5nzTaOfr4zg https://hansinglish.com email: hansinglishmgmt@gmail.com