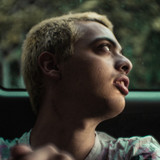 Alessandro Campagna was born in Karlsruhe on 10/08/2000. From 2011 to 2019 he has been studying piano at the F. Venezze conservatory in Rovigo where in 2019 he began the composition course for film music with Maestro Marco Biscarini ("L'uomo che verrà", "Il vento fa il suo giro"). In 2018 he released his first album "Il Sogno", in 2019 "E-Motion" and the EP "Memories". In 2020 he won the prize for the best original music at the Florence Film Awards with the short film "Dear Dad", directed by Ivan Pascal Sella and Alessandro Campagna. Besides being a composer, he is also an actor: in 2014 he starred in Matteo Garrone's "Il Racconto dei Racconti" and in 2015 he participated to the television program "Chiedi a papà", directed by Ivan Cotroneo. He also acted in theatre, with Susy Blady, Tommaso Bianco and Carla Fracci and also performed in the show "Cosi fan tutte", directed by Damiano Michieletto at the Teatro La Fenice. At the moment he is working with the soundtrack of the film "L'equilibrista con la stella", by Davide Campagna.