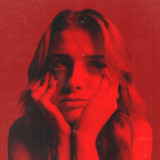 20-year-old Ida Laurberg is no ordinary pop singer. She writes her own songs and sings them with poise & power – her mesmeric melancholic tones are met with dreamy lyrics which possess personal resonance & authenticity. Ida has already managed to spellbind tens of millions of listeners with her voice on various songs and not least her first self-released song "Puppy Dog Eyes”, she wrote and released her self when she was only 16 years old. Several major labels have tried to sign her up, but due to her international ambitions, she has put them all on hold. Ida Laurberg recently started her own record label ‘All Chemistry’ with her manager. Contact management: nickyfurdal@gmail.com