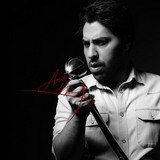 An International Singer and Composer, Born on September 23rd, 1985, in Tehran. He learned music as a child with masters such as Fereydoun Foroughi. He started his professional career in 1998, when he was only fourteen years old, as one of the youngest music figures. His high vocal range, along with his ability to sing in different vocal areas, defines his voice standards as well as the world’s great singers. He also is capable of singing in classical, rock, blues, jazz, and rock and roll styles. His artistic career also includes performances in English, French and Spanish languages. He is fluent in piano and guitar and has certifications from major universities in the world such as Harvard, Berkeley, Duke, Rochester, etc. Amir Hossein Nouri is the founder of the global project “White Dream”, which has been working and singing for more than ten years to give hope to children with special diseases children of Labor, and the physically disabled He also received two diplomas of honor and a plaque of appreciation from the Snehalaya Center became one of the largest children’s charity centers in the world in India. His interview on Snehalaya Radio had more than thousands of listeners