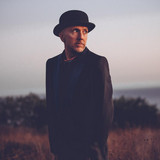 Before Lee Burridge became one of England's more acknowledged house DJs in the early 2000s thanks to his Tyrant residency at Fabric alongside Craig Richards, he spent the majority of the '90s in Hong Kong, where he honed his skills. Burridge left for Hong Kong in 1991 after realizing that his chances for success in England as a DJ were slim. During the '90s he spun at most of Hong Kong's premier clubs and also made contacts with visiting DJs such as Sasha and Craig Richards. In addition, he would often spin at a number of Thailand's famous full moon parties in Ko Pha Ngan. By the end of the '90s, Burridge had moved back to England and was ready to establish himself as a premier DJ. This didn't take long once Burridge and Richards set up their Tyrant residency at Fabric, one of London's leading clubs. He garnered special attention with his unexpected mix of house and breakbeats, two often juxtaposing styles of dance music that he would carefully balance during his sets. In 1999 he released his first mix album, Metropolis, on Tide, followed by a volume in Boxed's ambitious Global Underground: Nubreed series in summer 2001. ~ Jason Birchmeier, Rovi