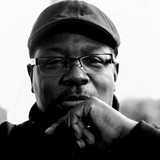 Steve Arrington is among the key players behind Dayton, Ohio's status as a funk epicenter. In the late '70s and early '80s, he was with Slave, contemporaries of locally rooted heavyweights such as Ohio Players, Zapp, and Heatwave. Slave's period of greatest creative growth was powered in a substantial way by Arrington, whose drumming style pulled from fusion, progressive rock, and Latin jazz, while his high-spirited vocals and similarly positive approach to songwriting further separated the band from their peers. Away from Slave, Arrington continued to thrive in the '80s with two albums leading his Hall of Fame and three additional full-lengths crediting him as a true solo artist. This phase involved a dozen charting singles, such as the funk classic "Weak at the Knees" and feel-good anthem "Dancin' in the Key of Life," the latter of which cracked the Top Ten of Billboard's R&B chart and nearly topped the same publication's club chart. Arrington stepped back to become a full-time minister, returned toward the end of the 2000s, and has since worked closely with the venerated Stones Throw label, the outlet for the Dâm-Funk meeting Higher (2013) and Down to the Lowest Terms: The Soul Sessions (2020), made with an assortment of younger producers raised on his catalog.

Born in Great Lakes, Illinois, and raised in Dayton, Ohio, Steven Ralph Arrington established himself as a musician by playing drums and singing in local bands, including the Young Mystics, featuring some of his future Slave bandmates. After a stint with a lounge act called the Murphys, Arrington headed to San Francisco, where he studied Latin percussion and played with Coke Escovedo, and as a consequence toured with Pete and Sheila Escovedo. He got a long-distance call inviting him back to Ohio to join Slave -- on drums and background vocals -- in time to make the band's third album, The Concept. Instantly a key member, Arrington co-wrote three of the LP's songs, including the number 14 R&B hit "Stellar Fungk." He took over lead vocals and remained with the group for four more albums into 1982, a period highlighted by the Top Ten R&B hits "Just a Touch of Love," "Watching You," and "Snap Shot." During this time, Arrington also cut a Salsoul single, "Summertime Lovin'," produced by Slave bandmate Steve Washington and mixed by Paradise Garage DJ Larry Levan. By the end of 1982, Arrington launched Steve Arrington's Hall of Fame with the independently released and charted single "Way Out." The lineup featured eight additional musicians (including guitarist Kevin Eubanks), yet Arrington diversified as an instrumentalist, credited with bass and rhythm guitars, as well as keyboards, in addition to drums and vocals. Subsequently signed to Atlantic, the band released Steve Arrington's Hall of Fame I (1983) and Positive Power (1984), and racked up four additional charting R&B singles including "Nobody Can Be You" and "Weak at the Knees." Arrington then went truly solo and for three years maintained his annual release schedule with Atlantic and Manhattan. Dancin' in the Key of Life (1985), The Jammin' National Anthem (1986), and Jam Packed (1987) generated another half-dozen placements on the R&B singles chart. Arrington's solo commercial peak, "Dancin' in the Key of Life," reached number eight and hit number two on the club chart. Arrington released a couple singles during the late '80s and early 1990s, namely "Lost and Found (You Can Find Me Present)" (1988) and "No Reason" (1991), and then devoted himself to work as a Christian minister. After nearly a two-decade absence from secular music, he returned with the self-released album Pure Thang (2009). This led to a creative partnership with modern funk musician Dâm-Funk and the Stones Throw label that manifested the 12" single "Goin' Hard" (2011) and the full-length Higher (2013). While Arrington's Slave and solo output had been constantly sampled by hip-hop producers and sourced by younger generations of R&B artists, his second act increased interest in his back catalog, resulting in Way Out (2014), an anthology of his early-'80s output with a selection of previously unreleased material from the same era. Across the next several years, Arrington was featured on songs by the likes of Homeboy Sandman, Parliament, and Thundercat, and continued recording solo material. Another album for Stones Throw, Down to the Lowest Terms: The Soul Sessions (2020), saw him work with J Rocc, Knxwledge, Butcher Brown's DJ Harrison, and Devin Morrison, among other producers. ~ Andy Kellman, Rovi