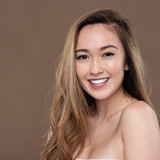 Inspired by her mother and singing in the local church choir, ANDREAH participated in school music events and joined her first band in Year 6, performing during graduation. She took up piano at the age of 8, began singing lessons at 10 and started to write songs with friends ‘for fun’ at 13. ANDREAH’s music provides an insight to her life story, which the young singer/songwriter describes as a somewhat “scary” experience. ANDREAH’s love for performing resulted in an invitation to support her Irish friends, The Script in Singapore, Hong Kong and Manila in April 2018. She toured the UK with RoadTrip in July, headlined Singapore’s Heartstrings concert in aid of the Children’s Cancer Foundation in August and appeared at LOAF’s October Gala to help finance a school in Batam for some of Indonesia’s handicapped children. She was the only support to Sam Smith on his SEA dates in 2018. She also supported 911 in Kuala Lumpur in June 2019. Last summer, she supported The Hara in UK and performed at various festivals including Wellies & Wristbands and London Barrio Fiesta.

She also performed at Party In The Park in Dubai and Neon Lights in Singapore.