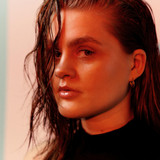 „Think Lana Del Rey mixed with Florence and the Machine, VØR is filled with attitude and charisma.“ - Born Music Online (UK) Growing up in a small town in Germany, VØR moves to Berlin in her early 20s. She commutes between Ireland and Germany and is on the radar of producer Cymo (Cro, Namika, Tiavo) and Shuko (Cro, Die Fantastischen 4, Zara Larsson). Together they start working on her first EP „Liminal“. The US broadcaster NBC shows their interest in her first EP-single „Mr Lover“. She shares the stage with soul and jazz singer Y’akoto, with the legendary songwriter Bill Ryder-Jones as well as with the German rapper Prinz Pi. In addition, she works together with hip-hop duo Tiavo on their debut album „Oh Lucy“, on which she can also be heard. 2019 VØR releases the dreamy single „Moonchild“ as well as the danceable and atmospheric single „Fairy Baby“. She produces these two singles with the producer duo Matteo Schwanengel (Genetikk, Tiavo, Mushroom People) and Tim Schoon (Genetikk, Tiavo). Her unique voice and her poetic songwriting provide her a publishing deal with Neubau Music. Since then she has been working more and more with Finnish producers and songwriters such as Alisky (Warner Music), OP Beats (Elements Music) and Matias Mellerie (Elements Music). „With this sweet and unique blend of lyrics and melodies, we are transported to a world crafted only by her voice and her magic and there we can be free.“ Wolf in a suit (US)