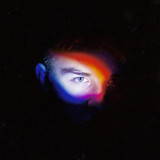 Since 2017, Finnish-based producer EBEN has released many tracks, expanding his sound across the entire globe. Gaining support from music platforms such as Trap Nation, Trap City and MrSuicideSheep, EBEN's releases have been pulling over 40 million total streams on Spotify. His sound is electronic and emotional with inspiration from cinematic music and trap music, using a lot of orchestral instruments combined with heavy synths and drums. Get ready to hear new music from EBEN in 2021!