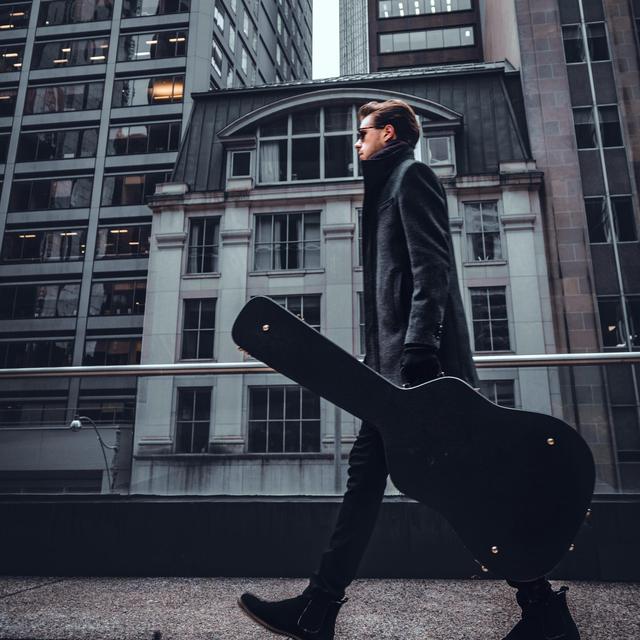 Havens is the moniker of Toronto indie/alternative singer, songwriter and guitarist, Andrew Beg. Inspired by nostalgic ‘80s and ’90s alt bands such as The Smiths, The Cure, and Ride mixed with the modern era of Arcade Fire, Franz Ferdinand, and The Killers, Havens is infused with elements of dreampop, post-punk, new wave, jangle-pop and shoegaze. Havens released his 2017 debut EP, Daybreak, which received positive reviews and has been featured in a number of different blogs including Indie-Bandcamp and Narrows Media. 2018 led to collaborations with producer Ian Madden and Juno Award-winning drummer Tim Oxford on his two released singles, 'Peace In Darkness' and 'Fall'.

'Fall' was highlighted by radio legend Alan Cross in his article '5 Songs You Must Hear This Week' for the week of October 22nd. Havens' latest single and first release of 2019, 'Taking Me Away', is another collaboration with Madden and Oxford. Havens has appeared on notable media outlets including The Morning Show on Global News, CHCH, SiriusXM Canada, 102.1 The Edge, Humble & Fred Radio, What She Said Radio, Spill Magazine, and Canadian Beats. He performed at the 2018 Radical Road Show, a Toronto festival headlined by iconic Canadian band, Skydiggers. He has also played at some of Toronto’s best known music venues including Lee’s Palace, The Rivoli, Sneaky Dee’s, Dakota Tavern, The Painted Lady, Supermarket, Hard Luck Bar, and a sold-out release show at the Gladstone Hotel.