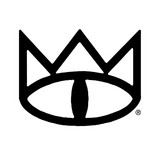 Formed in Melbourne, Australia and adored the world over, The Cat Empire is a musical success story that continues to be written. The trajectory sustained for their 20-year career has been led by a shared passion for bringing joy through their infectious, genre-embracing anthems and making global audiences dance. The band started from humble beginnings, making music, and playing sweaty clubs around Melbourne. Their fans would introduce friends to what they were dancing to, and the groundswell began. The Cat Empire have gone on to release seven studio albums with global chart success.

The Cat Empire's hard work and connection to their worldwide audience have made them a significant Australian global music export for two decades. They are in high demand from Promoters the world over for headline festival slots year on year from Glastonbury and WOMAD to Bonnaroo and Bluesfest due to the unique brand of feel-good Australian music and their enduring ability to consistently deliver a world-class live show. July 2021 sees the band return with new music recorded earlier this year at the studio of long-time friend and Producer Jan Skubiszewski's Red Moon studio in regional Victoria and recordings by Diego Guerrero at Estudio La Burilla Madrid. The recordings feature the Empire Horns, Yuri Pavlinov on bass and writers, singers and Palmas from Barcelona and Madrid.