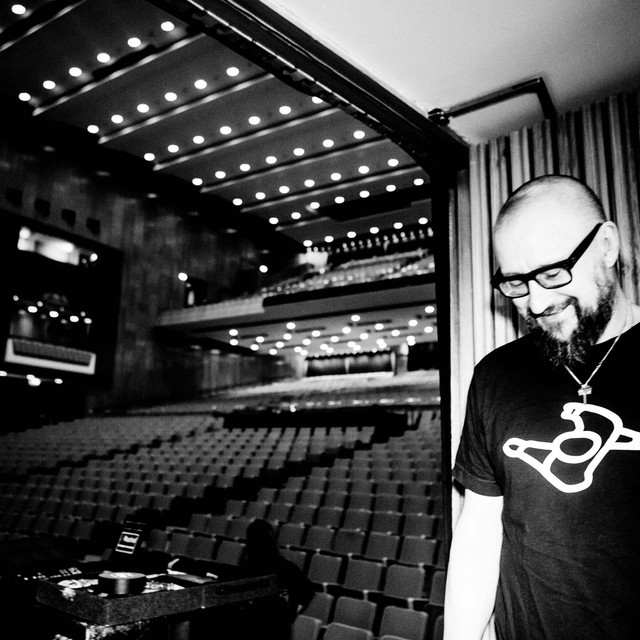 Frontman for the sadly defunct Pop Will Eat Itself, among other things, Clint Mansell (b. January 7, 1963, Coventry, England) has played a lot of music. Affectionately known as Clint Poppie, he started out in 1981, forming a group called From Eden, which included future members of Pop Will Eat Itself, in the English industrial city of Stourbridge. After several years, the band broke up (they argued over who had performed better on The Tube). Mansell, along with future Poppies Adam Mole and Graham Crabb, then recruited the fourth Poppie, Richard March, and proceeded to release an EP as Wild and Wandering. On their next EP, self-released, the band finally came to rest with the name Pop Will Eat Itself, stolen from an NME article. Signed to Chapter 22, Pop Will Eat Itself put out a series of singles and a pair of albums, attracting much attention. Eventually, they signed to RCA. After three albums, innumerable singles, and a fair amount of critical and commercial success, RCA dumped the Poppies. They immediately signed with their former A&R man's label, Infectious. After another pair of albums, the band began to fragment. Crabb split for his own project, Golden Claw Music, and in 1996 Pop Will Eat Itself split up. Mansell moved to the U.S. after the breakup. He then proceeded to write the score to the movie Pi, and he produced a limited-edition U.K. remix 12" of the movie's theme. In addition, he has worked with Trent Reznor, both helping with remixes and appearing on Nine Inch Nail's album The Fragile, and has pursued film scoring aggressively, including the scores for Knockaround Guys and Requiem for a Dream. Finally, he is currently at work on a solo album, to be released on Nothing Records. ~ Joshua Landau, Rovi