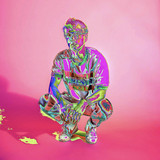 An innovative and genre-bending producer, 20-year-old pluko (also known as Sam Martinsen) has developed a distinctive brand of arena-filling, alternative electronic music that is sonically textured with colorful, energetic and emotionally charged beats. Since the project's inception four years ago, pluko has acquired over 100 million streams across platforms and has paved his own creative lane in the music industry today. Pluko has toured the United States alongside ODESZA, Flight Facilities and Elderbrook as well as graced the stages of world-renowned festivals and venues including Coachella, Ultra, Red Rocks, HARD Summer, Sundara and Electric Forest. Quickly developing a creative vision for his music, pluko associated his brand with a vibrant, multi-color scheme that would become accentuated with his sophomore album COLOR BLIND. Released in May 2020, COLOR BLIND captivated audiences as one of his most successful collections of work to-date, peaking at #7 on the iTunes Charts and #13 on the Apple Music Charts. Desiring to take his creativity to the next level, pluko unveiled his own collective Splendid Society, that includes a record label, clothing brand, and is ultimately a place for creatives to come together to share ideas and music.