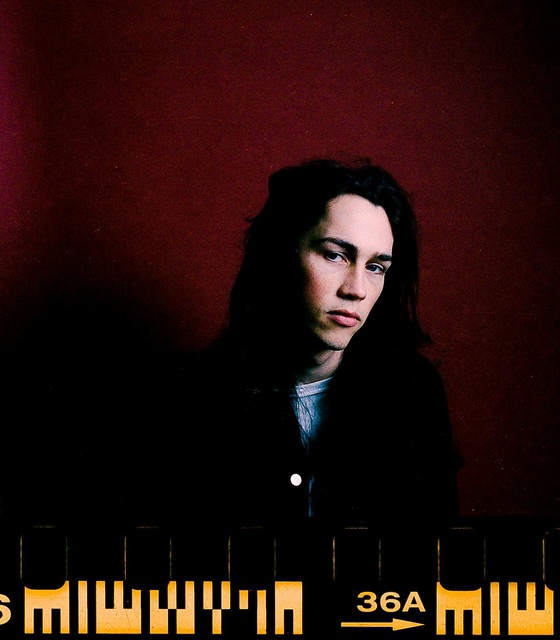 Didirri Peters grew up in the coastal Australian countryside, in the town of Warrnambool. His candid storytelling comes from wanting to face the truth, however beautiful or confronting. His poetic lyricism began as a private conversation that now brings hope to his listeners. In a world craving transparency, Didirri captivates his peers with his magnetic charisma and honest approach to songwriting. His music openly explores subjects, questions and themes many avoid. In his acclaimed debut EP Measurements, listeners were introduced to a hopeful, assured artist. Live, his hypnotic and captivating stage presence earned him legions of fans. In six heartbreaking tracks, Didirri taught us what it was like to love and lose, to feel deeply, before resolving the pain with the uplifting final track I Can’t Get Last Night out of My Head. If Measurements was walking through the dark tunnel of life, two years later Didirri holds our hand and gently leads us towards the light with his follow up effort Sold for Sale, which is set for release in September 2020. Like the music before it, Sold for Sale is music of heartbreak and hope. It’s music for pondering, it’s music to make you realise you’re not alone but, foremost, it is music for lovers and over-thinkers. For Fans Of: Clairo, Harry Styles, King Princess, James Bay, Joji, Curtis Waters, FINNEAS, Rhys Lewis, Maisie Peters, Maggie Rogers, Plested, JP Saxe, Dermot Kennedy