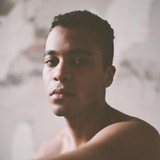 Tommy Down's a multi-instrumentalist who has been writing music and recording since he was fourteen. He went on tour and performed jazz standards across Europe from the age of 20 in a Bristol based Jazz Orchestra. During his time at Bristol he netted a few accolades, including ’Best Original Composition’ at the UK Open Mic Competition. After leaving Bristol Tommy moved back to London, where he began and finished a soul album with jazz and blues rock influences, which he has been performing across the city with his band Pink Yesterday. While flying from London to New York he also forged some eminent collaborations last year in order to complete this body of work. Collaborators include Jeffrey Silverman (Adele + Aloe Blacc), Charlie Perry (wrote and produced for Jorja Smith on Lost and Found), and Jon Shave & Jason Pebworth from the grammy nominated “Invisible Men” - the hitmakers behind songs by Britney Spears and Rita Ora.   Tommy takes inspiration from soul singers like Marvin Gaye, Otis Redding, Al Green, Stevie Wonder, Bill Withers and more contemporary artists like Daniel Caesar.   Tommy has plenty more songs on the way.