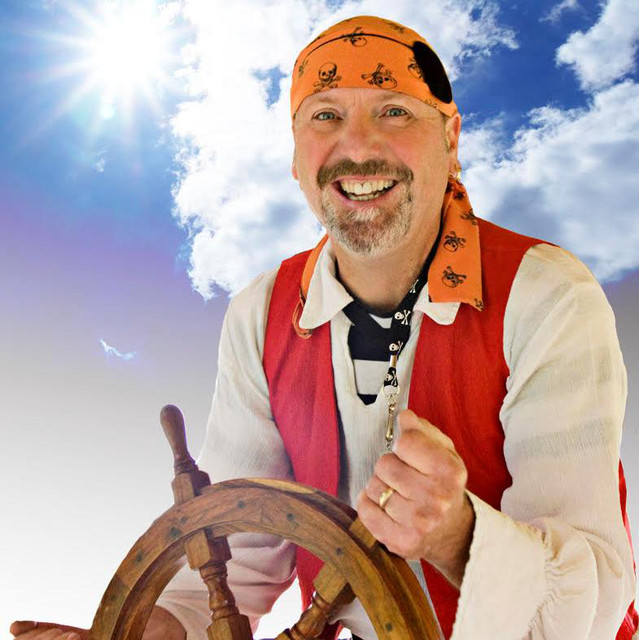 Ahoy! My name is Ron Carter, aka Rockin' Ron the Friendly Pirate. Since 2002, I've performed Pirate Music for ALL Ages. I sing to my own guitar accompaniment and to tracks from my stylistically diverse albums Give Me an RRR, Pirate PaRRRty, and The Flying Pirate Circus. The latter was in consideration for a 2017 Best Children’s Album Grammy.

I have released an illustrated children’s book, also called The Flying Pirate Circus, based on lyrics from my albums. My main port 'o call is Smugglers' Notch Resort – America’s Family Resort, and I have appeared throughout Northeastern North America at schools, libraries, and events. My often interactive songs have boat loads of wordplay and nautical references. Topics include language (Give Me an RRR, Without the R), history (Pirates &amp; Privateers, Black Snake Tale), special occasions (Pirate Birthday PaRRRty), and values (Seven C’s, Oona Uni-hook). My characters Pearl the Purple Pirate Princess, Scaredy Cat, Polly Esther Pants, Shark in the Dark, and Cranky Pirate are easily relate-able. I am a graduate of Boston's Berklee College of Music where I received the Richard Levy Scholarship for Composition. My approach is Sesame Street meets Monty Python. <br>